Note: This post was originally published to my Blogspot blog on September 17, 2013. It was posted when my Twitter handle was @Atheist_Eh. It is now @CultOfEh

I recently tweeted this story out. I wanted to save it for posterity: 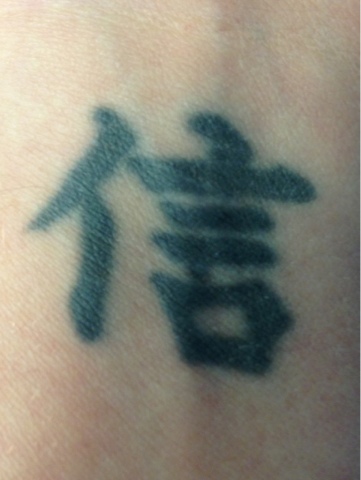 I’m going to tell the story about this tattoo I have on the inside of my left wrist – there to be closer to my heart.

The Kanji character means “Faith”. I got it when I was “Spiritual, not Religious” and held Faith in fairly high regard at the time.

There is a problem with this character, however, because the tattoo artist made 2 mistakes on it. 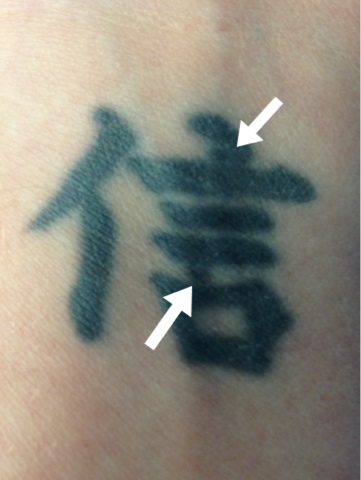 The arrows show the mistakes made.

The template used had the Stroke # that shows what order to draw the character in traditionally.  He didn’t keep the picture in front of him while inking. He avoided the obvious #’s but when these 2 got smudged, he just inked over them.

I didn’t realize the 1st error, at the top, was a mistake. I thought so but wasn’t certain so kept quiet. “This guy knew what he was doing”.  But when he started inking the 2nd, I knew that was a mistake & spoke up.

The guy almost shit himself when he realized he fucked up my Tat.  He was apologetic. He offered to pay for laser removal of the spots. He acted appropriately to the situation. No hard feelings on my part.

I originally planned to get it fixed. But the more I thought about it, the more I liked the idea of my “Faith” tattoo being wrong.  I started seeing it as a life lesson. I put my Faith in this tattoo artist that he knew what he was doing. But it was Blind Faith.

That Blind Faith, resulted in these errors in my Tattoo. Just as Blind Faith leads to so many of life’s mistakes. So I’ve kept it as is.  A permanent reminder to myself of the pitfalls Blind Faith can bring. I still hold Faith, but I call it “Educated Faith” now.

I have faith scientists are following proper procedures. I have faith other drivers will stay in their lanes. But I have past experience that provides the evidence to support this Faith. I don’t know the other drivers won’t crash into me, in fact, it happens all the time to people; but not often enough for me to live in fear of this but I pay attention, I honk if they get close. I don’t have Blind Faith.
So yes, as an Atheist, I do have Faith, it’s Tattooed onto my skin & it is a daily reminder that we need to check the evidence to ensure I’m not acting in Blind Faith. To ask questions if something doesn’t seem right & don’t assume that expert knows what he’s doing.

Some great responses I received: 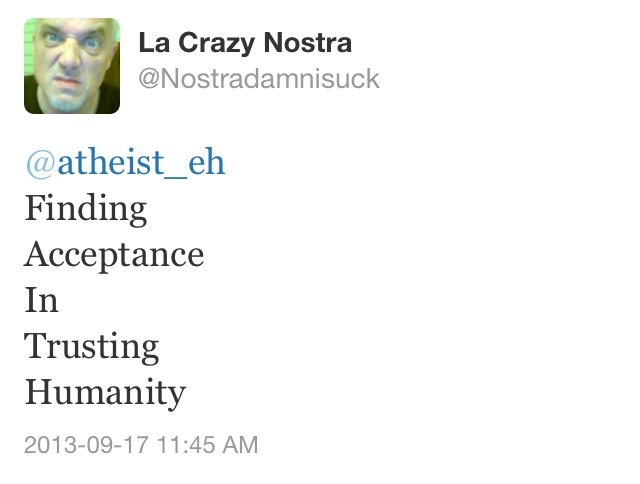 This is a back & forth I had with someone who had a similar experience: 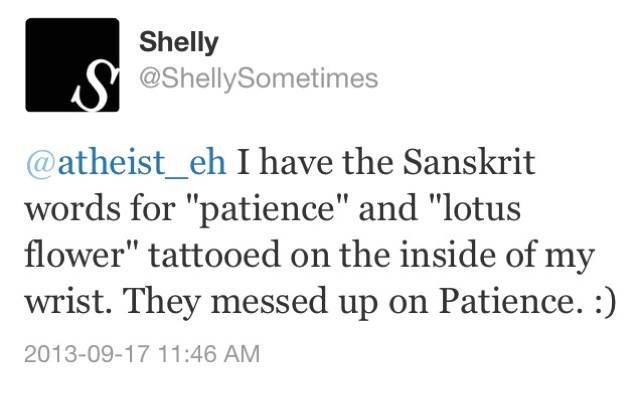 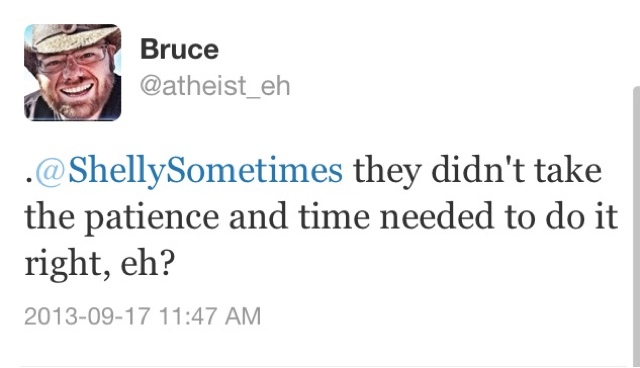 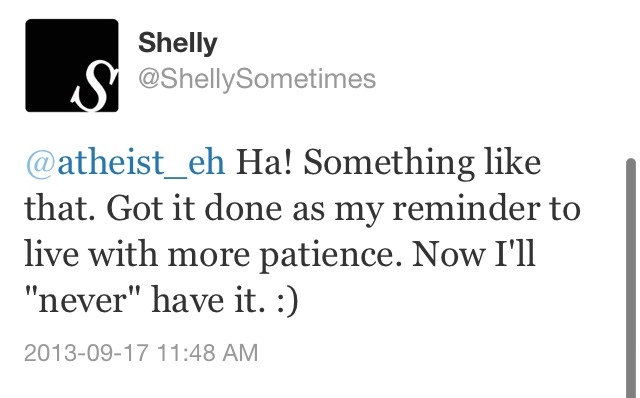 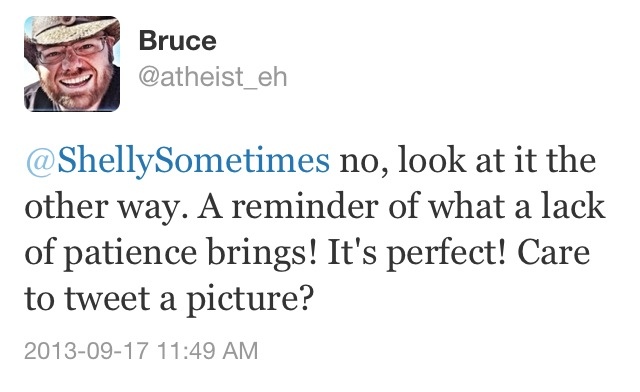