Note: Originally published on my Blogspot Blog on May 7, 2015.

Now here’s the rub, “There’s no evidence” is good enough for all practical purposes. “There’s no evidence for dragons”, is generally accepted as good enough for most to justify saying, “I know dragons don’t exist” & it’s good enough to keep others from dragging them into an epistemological pissing match over the certainty of knowledge. Then you add the fact that there are tons of great arguments for the non-existence of gods & suddenly you’re well beyond good enough. It’s only with the subject of gods that we are we suddenly forced to concern ourselves with tedious epistemological arguments, most of which border on solipsism, around the certainty of our knowledge.

Most “agnostic atheists” I’ve spoken with will say they are 99.9% certain no gods exist but seem irrationally concerned about that 0.1% chance they may be wrong. Well, I’m 99.9% certain the earth will be spinning tomorrow, yet few people would insist I be agnostic about that. It’s generally accepted as being ok to say, “I know the earth will be spinning tomorrow”? Yes, technically speaking, there’s a chance it won’t be (by any number of possible reasons), but is it worth concerning myself over it? Is it worth being agnostic about or lacking belief it will keep spinning? Especially if all I’m doing is trying to avoid any burden of proof that it will?

Many “agnostic atheists” are willing to go further & say they are 100% certain all gods ever worshipped by man to date don’t exist, & leave the 99.9% certainty only to the chance some unknown, not yet described god-like figure might exist. To this I reply, the unknown is unknown & there is an infinite number of things we can conceive of that we don’t know or can’t prove if they exist that has no practical bearing on our knowledge base. This sounds like it should be obvious, but apparently, it’s not.

I think most atheists would agree there’s actually a greater chance of the earth not spinning tomorrow than there is of any god, currently or previously worshipped or an as of yet unknown god-like being ever to be proven. So it boggles my mind as to why so many seem to concern themselves over this infinitesimal chance some god might actually exist. If it turns out some kind of god exists, you admit you were wrong, adjust your knowledge base & carry on. That’s practical.

For all practical purposes, 99.9% = 100%.  There’s no practical or rational reason we should ever concern ourselves with such a tiny chance we may be wrong. There is no practical or rational reason why anyone should be scared of making a knowledge claim when you are 99.9% certain gods don’t exist—because, on most subjects, most people easily & willingly claim knowledge, often with less than 99.9% certainty, and this includes scientists. 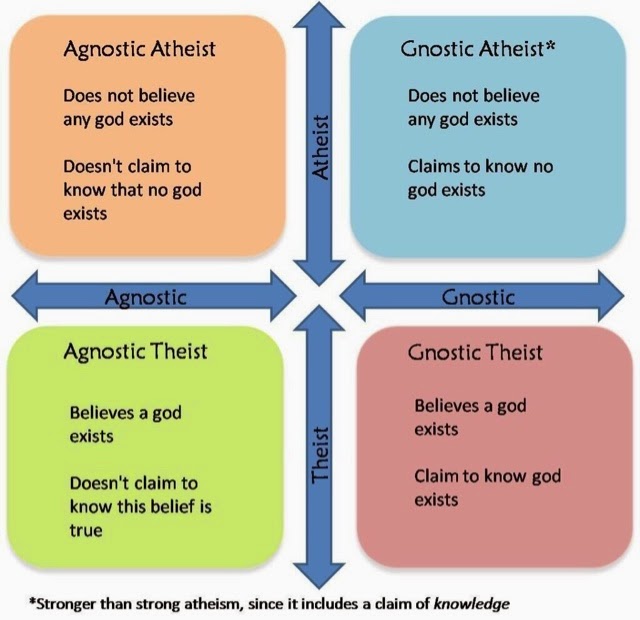 For anyone that wants to try & use Pascal’s Wager to argue the odds: 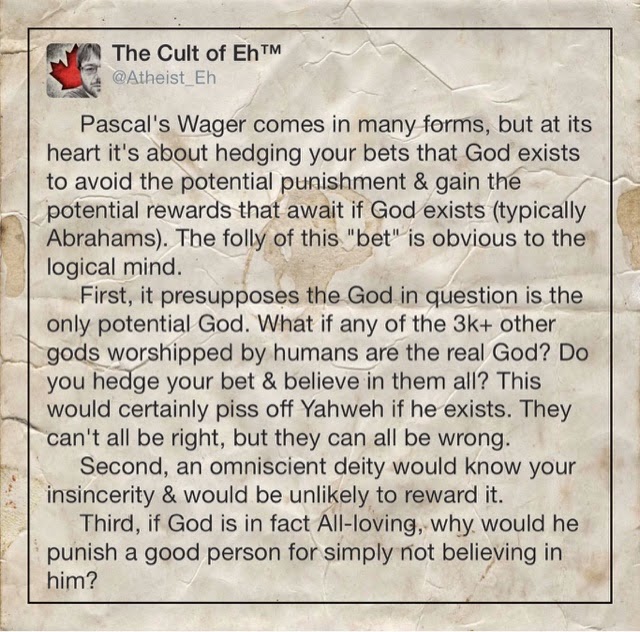